In memory of Gill Wilmott

In memory of Gill Wilmott 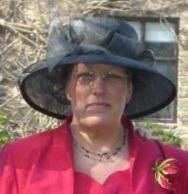 Gill was born on 15th Sept 1956, the eldest daughter of John and Ethel Mundy and sister of Janet and Lynn. I met Gill in 1977 and we married on 20th April 1979. We have two daughters, Kate and Rhian and 5 grandchildren. We were very close as a family and as the girls grew up we did everything together. Gill and I met at our local rugby club, Croesyceiliog RFC, where I played and where she was already a keen supporter, going along to games from an early age with her dad and grandad. Rugby was very important to us. We loved going to Cardiff to watch Wales play. Gill would also watch me play, as would Kate and Rhian. As the girls got older they both took up rugby. Gill and I were very proud that they both got international honours with Wales and we were lucky enough to see them play in several countries including Canada. We also made lots of friends through rugby and the times we spent at the rugby club or on weekends away with our friends Sue, Jamie, Judith, Pat and Dario, otherwise known (with Gill and I) as The Saturday Seven, were some of the best times you could wish for.

We used to love our family holidays together, sometimes just the four of us and sometimes with other members of our extended families. Our favourite destination was Brittany where we returned many times, either camping, in mobile homes or in large family gites.

Gill was diagnosed with breast cancer in February 2006. Our first grandchild, Rhys had been born in 2005 and Gill loved looking after him and having him to stay overnight. She absolutely adored him, he was such fun. Then in May 2007 our beautiful granddaughter Eve was born. By now Gill was very ill, but it gave her such a lift to be able to cradle little Eve in her arms. Despite being so ill Gill bravely attended Eve's christening. It often brings me to tears that Gill did not live long enough to meet our three youngest grandchildren, Jessica, Libby and Lloyd. And as her illness took hold it became devastatingly clear to Gill that she would not live to see her beloved Rhys and Eve grow up. Sadly she lost her battle with breast cancer on 13th August 2007 aged just 50.

As a family we agreed, after Gill passed away, that we would like to raise money at her funeral to show our appreciation for the care given to Gill during her illness, by St David's Foundation, St Joseph's Hospice and Velindre Cancer Hospital. After Gill's passing and as time went by I took up hill walking and enjoyed many lovely walks in the Welsh hills and Scottish highlands with my 4 brothers and friends. My brothers and I had also lost our mother in 2007 and it was on one of our treks that we hit on the idea of the five of us doing a walk together for charity. We chose the West Highland Way in Scotland as our destination and my brothers suggested that we should raise money for Breast Cancer Campaign in Gill's memory. We set about training for the 95 mile trek and began fundraising. The trek was a great success. With 20 years age difference between my eldest and youngest brothers it was the first time we had ever done anything as just the 5 of us and we had a great time. But, more importantly, we raised over £8,000 for Breast Cancer Campaign. The charity were thrilled as were we and they suggested that we might like to set up a Tribute Fund in Gill's memory. By now Kate, Rhian and I were all making monthly donations to the charity by direct debit and so the Tribute Fund continued to grow. I enjoyed the experience of long distance trekking whilst raising money for charity (not only Breast Cancer Campaign and Breast Cancer Now but several others including Marie Curie Cancer, Llamau - a Welsh homeless charity and the Volunteer Service for Nepal) and so the Fund grew even more. I have since been to Peru, Argentina, Nepal, Tanzania and Kenya on high altitude treks as well as many treks in different parts of the UK. I have also taken up running and ran the 2016 Virgin Money London Marathon for Breast Cancer Now, raising over £3,000.

Raising money for Breast Cancer Now and Gill's Tribute Fund, or Fund in Memory as it has now been renamed, is important to me and my family, not only because it keeps Gill's wonderful memory alive, but also because we saw what breast cancer did to Gill and how she suffered. We are determined to do everything we can to help eradicate breast cancer and ensure that women, and particularly our loved ones, do not suffer in the way Gill did.

At the time of writing, Gill's Fund in Memory has reached over £25,000 and is still rising. The success of the fund shows how much Gill meant to so many people and what a fantastic family and group of friends we have. We can't begin to thank everyone enough and we know that the fund will continue to grow over the years.

There are currently no fundraising events in memory of Gill.

There are no updates from Colin Wilmott to display at the moment.

There are currently no candles lit in memory of Gill.